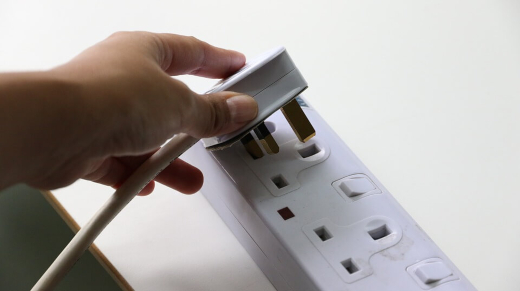 We all spend good money on our appliances. For some of us, they are our prized possessions and for others, our appliances are purely functional. Whichever the case, we need surge protection in our home.

Considering our monetary investment into quality appliances it makes sense to want to get the best longevity out of them, to have them working optimally for as long as possible.

Without any surge protection, even a small split-second power surge can significantly damage if not destroy the quality and functionality of your appliances.

Not only will your appliances be damaged by power surges and you’ll most likely have to replace them, your power outlets are likely to be damaged therefore the cost of a power surge will include replacement or repair of affected and burnt power outlets, damaged electrical wiring and not to mention the call out fee for the electrician!

Surge protection, or lack thereof can be an expensive exercise.

A power surge happens when there’s a sudden spike in the flow of electricity. Power surges can be caused by faulty electrical wirings that have been damaged or have deteriorated over time or upgrades to the power grid by a power company.

Aside from that, natural events such as storms can also cause a power surge. For example, during a thunderstorm, lightning can also strike a nearby utility pole, causing the surge to quickly travel to your home, potentially destroying all of your appliances.

Power surges can also occur as a result of the rapid return of electricity after a power outage caused by a heavy storm.

Surge Protector vs Surge Arresters, Which One You Need at Home?

Both surge protectors and surge arresters are designed to protect electrical equipment from over voltage conditions. The difference between the two is the scale of protection.

Surge protectors are designed to protect your appliances from small scale low voltage power surges by blocking and redirecting excess voltage to the grounding wire.

A simple surge protector is easily installed by being plugged into an outlet and most houses in Australia are built with surge protection at the main service panel. Surge protectors are appropriate for domestic use, to protect devices such as washing machines, laptops, phones, tv, anything you plug in really!

Another form of surge protector  that is heavy duty and powerful are surge arresters; these are designed to protect equipment from medium to high voltage power surges. Surge arresters are used in industrial and construction settings to protect from big power surges like the ones caused by lighting strikes.

So, surge protection is what you need in your home to protect your appliances and your home.

First line of defence: the main service panel. When electrical systems and wiring are installed in a home or commercial space, licensed electricians install surge protectors at the panel. This line of defence is to protect against larger surges or electricity, they include circuit breakers, suppressors and fuses.

There are many options with what type of surge protection you can get to plug into the wall outlet, discuss with our electrician which power surge protection is the best option for your home and your devices.

Now You Know The Importance of Surge Protection

One vital thing you can do right now to protect your appliances: unplug everything that is not in use. This is a great habit to get into to protect your devices as well as to conserve electricity.

Some appliances still consume small amounts of electricity while still plugged-in even when not in use! Get the most out of your appliances by extending their life and protecting them against electrical power surges.

Speak to our licensed electrician in Sydney today to find out what the first line of defense is in your home including assessing the state of your circuit breaker and find out which second line of defence you can plug into your power outlet to provide further surge protection.  And in the meantime, unplug all devices that are not in use.


CALL NOW FOR A FREE QUOTE 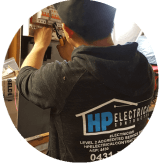